With 233 (to be exact) hints, tips and pieces of advice, Now Try Something Weirder shows those in the creative industry how to have great ideas (every day). 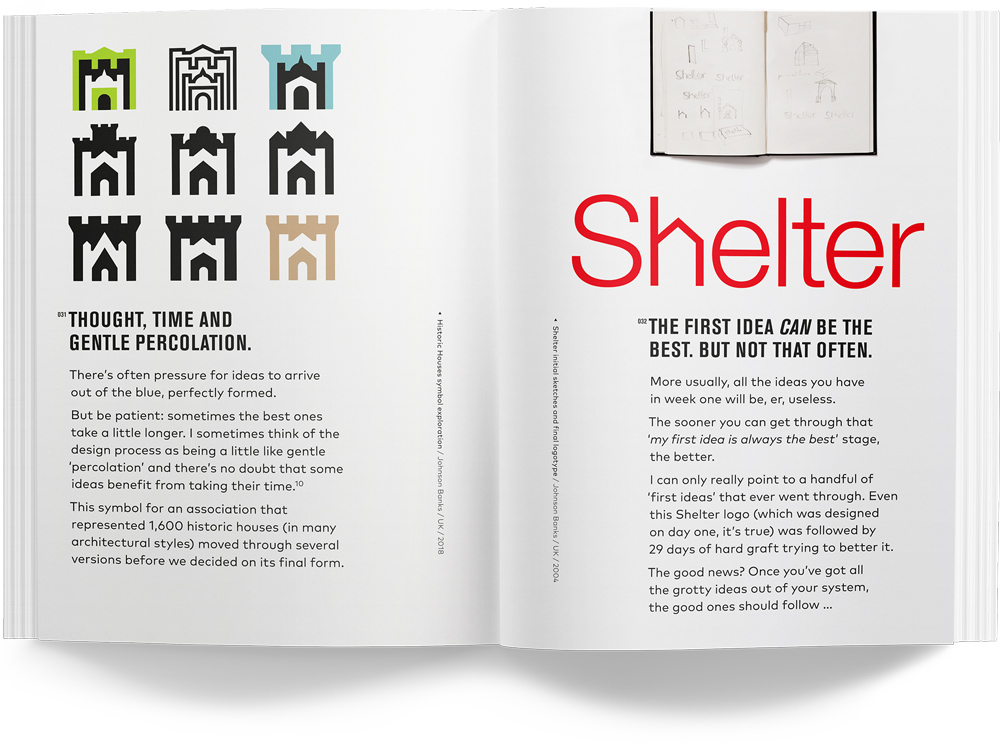 Internationally award-winning graphic designer Michael Johnson draws on over thirty years’ experience (his CV clocks up eight creative posts, three dismissals and the launch of his own business) to share his ultimate secrets to enviable success … … who said you should keep your secrets closely guarded? Looking to improve the way you work with clients, understand and question design briefs, deliver knockout presentations – and generally gain covetable creative confidence? Sometimes the solution is staring you in the face.


‘Remember, this is a simple guide to keep in your bag, to read on the bus or in the loo. Don’t think of it as gospel, or take it too seriously. But it has taken me 30 years at creativity’s coalface to write it. There just might be something useful here …’ 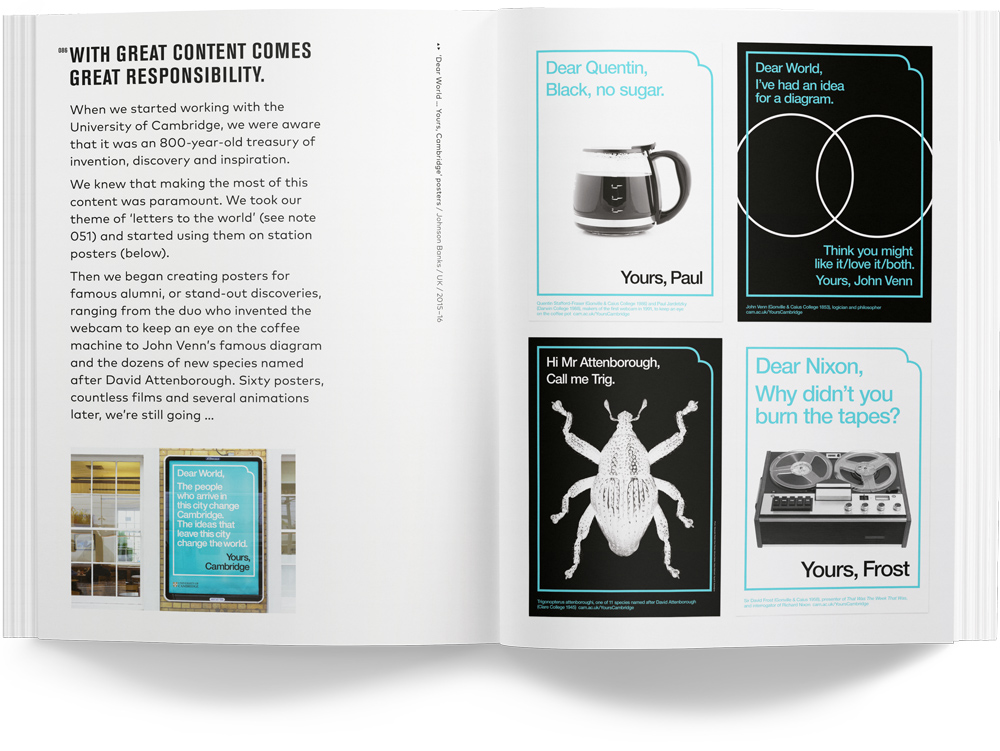 ‘Michael Johnson offers the most generous kind of professional advice: insightful but full of enthusiasm. Designers need cunning as well as inspiration.’
Deyan Sudjic OBE, director of the Design Museum

‘I’ve always wanted to be a little bit weird. Now a prince of weirdosity has come up with the perfect short guide to the creative life.’
Robert McCrum, bestselling author and former editor at Faber and Faber and The Observer

‘Don't try harder; try weirder. Michael Johnson's new book is chock-a-block with home truths about graphic design. One of the first is also one of the best: Work out who you want to work for BEFORE you graduate. Worth the price of an education, right there.’
Marty Neumeier, branding guru and author of The Brand Gap and Scrambled

‘Michael Johnson is an amazing storyteller with a rich visual sensibility and an uncanny ability to grasp the weird and wonderful. He’s also learned a thing or two about life in his years as a graphic designer: you will become not only smarter but wiser from this insightful book. And every page will delight you.’
Jacqueline Novogratz, serial TED-talk speaker, pioneer of ethical investing (Acumen) and best-selling author

‘One cannot be in the design business for the time that Michael has without coming across the issues discussed in this book. As I read, I found myself nodding and smiling and saying to myself, “Yep, I know that one …. and that one.” The only way of knowing this information is to have lived it, or to work beside someone exceptional. Sadly, very few of us have that opportunity. So how brilliant then, that rather than keeping these gems to himself, Michael got off his backside and wrote it down in a witty little book.’
Martin Lambie-Nairn, founder of Lambie-Nairn and world-renowned television branding expert 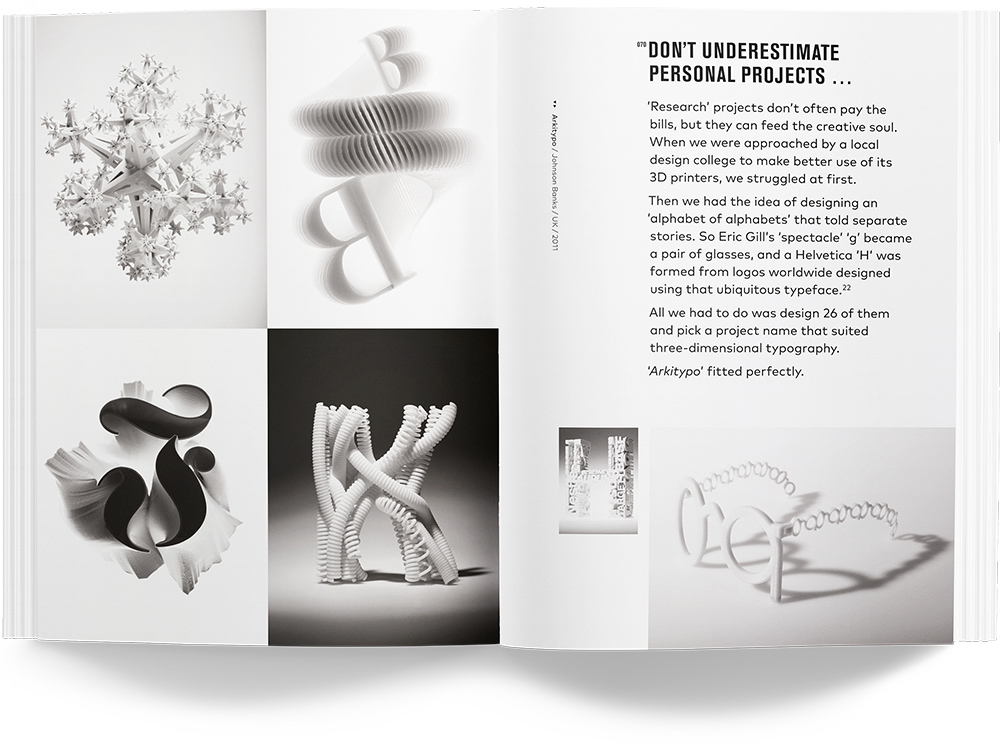 Knowing what came before helps with what comes next.

Search for your voice, not someone else’s.

Never apologize for a piece of work in your portfolio.

Wrong can sometimes be absolutely right.

Stand up for your stuff.

Visual contrast can pack a punch. Use it.

You can't represent something until you understand it.

Write a list every morning. Then get on with it. 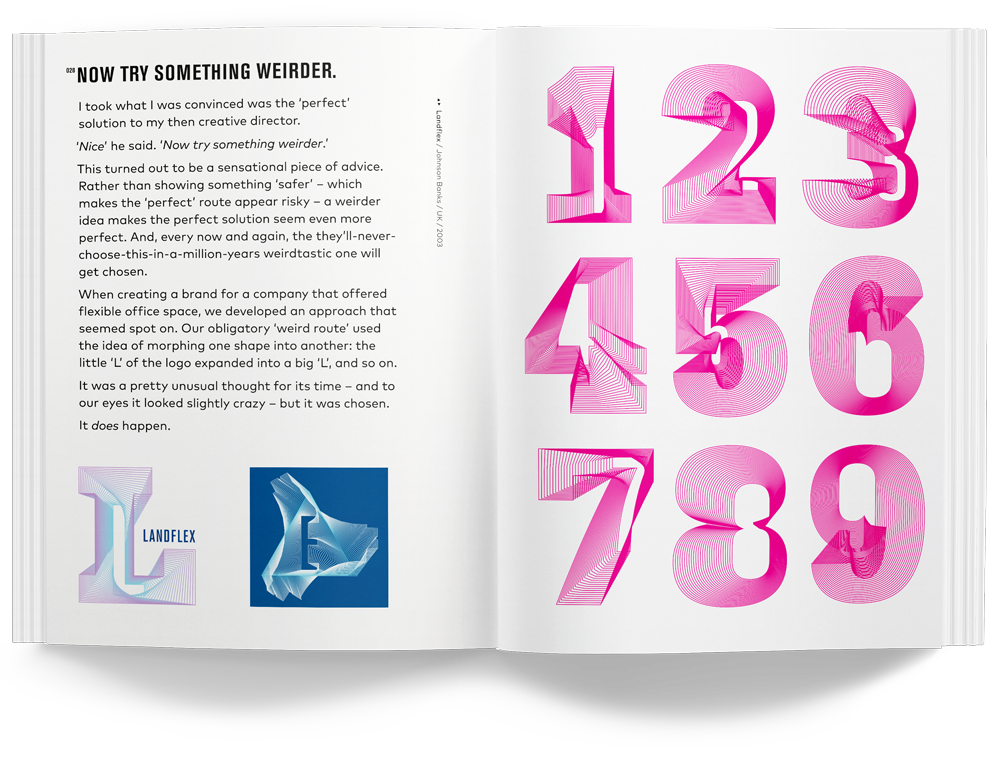 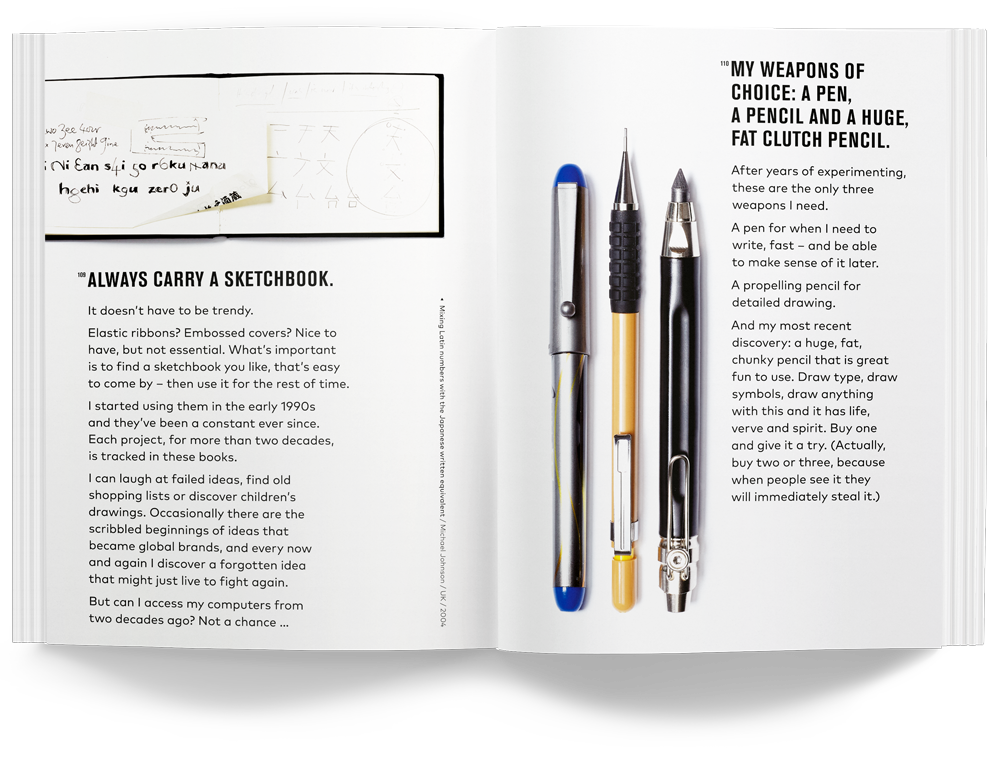 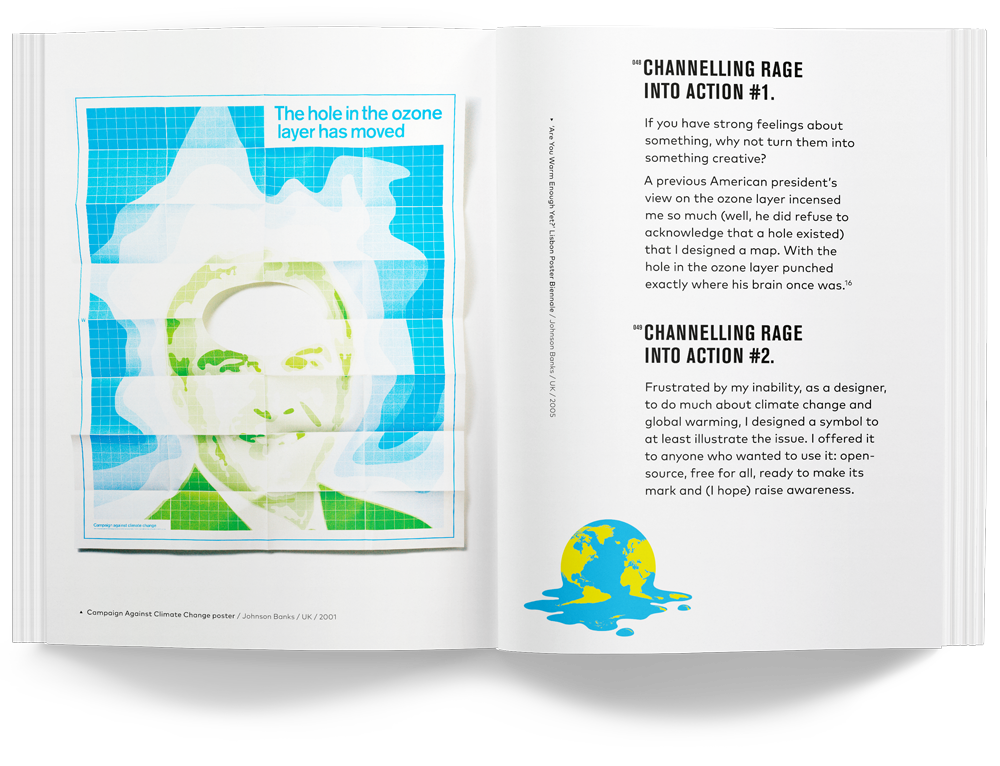 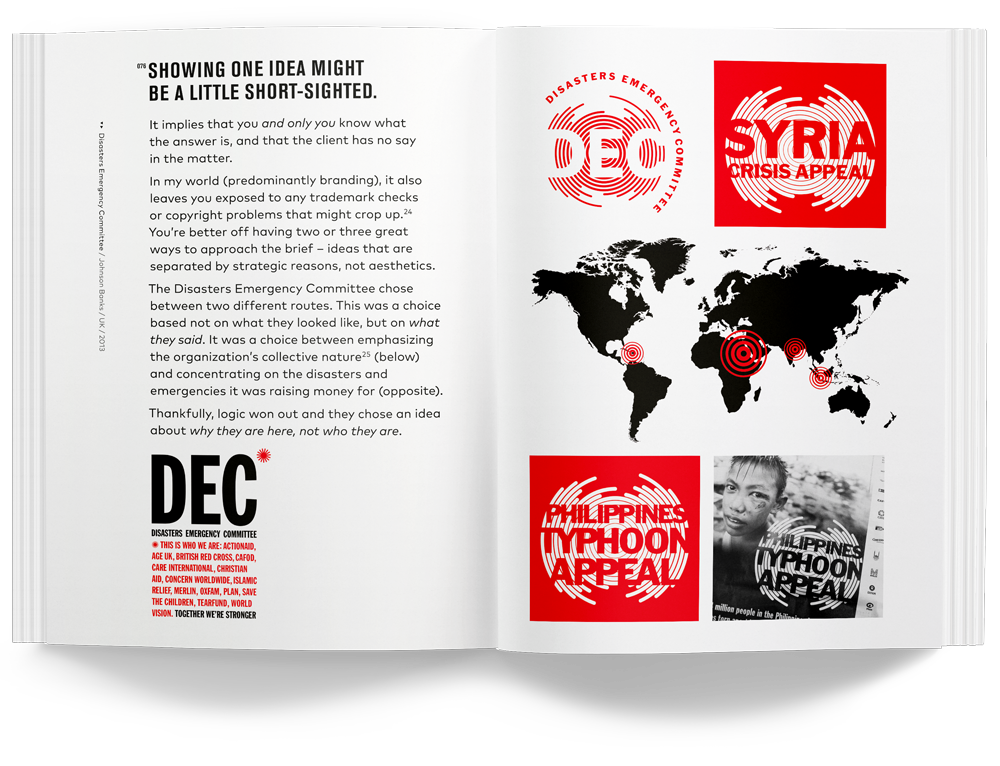 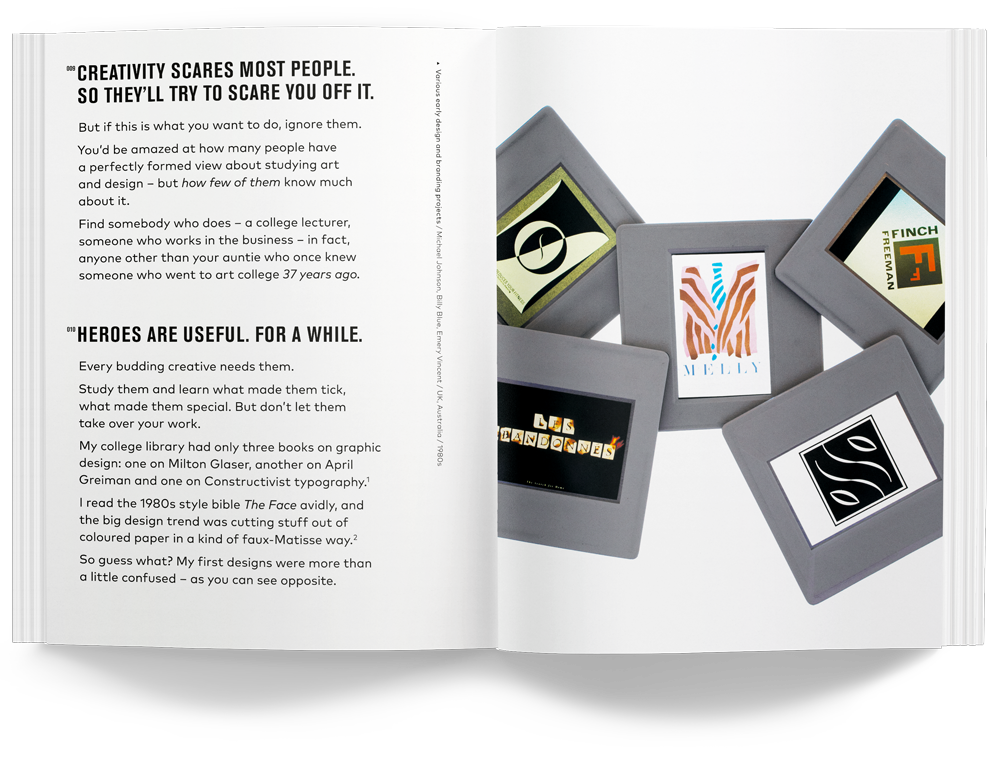 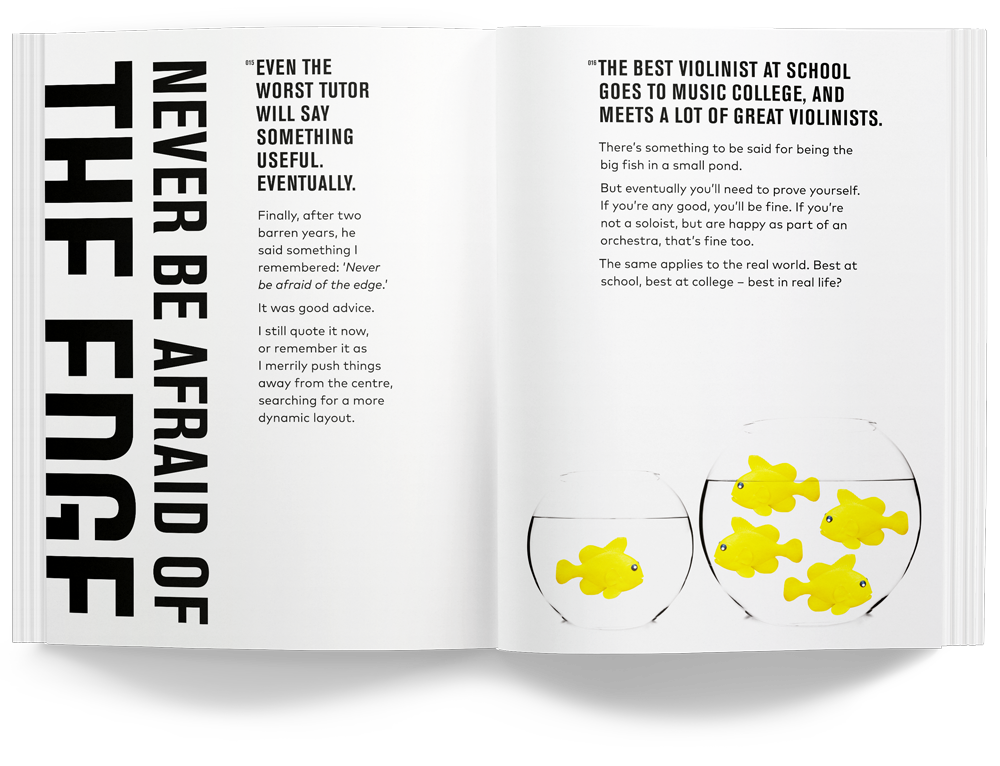 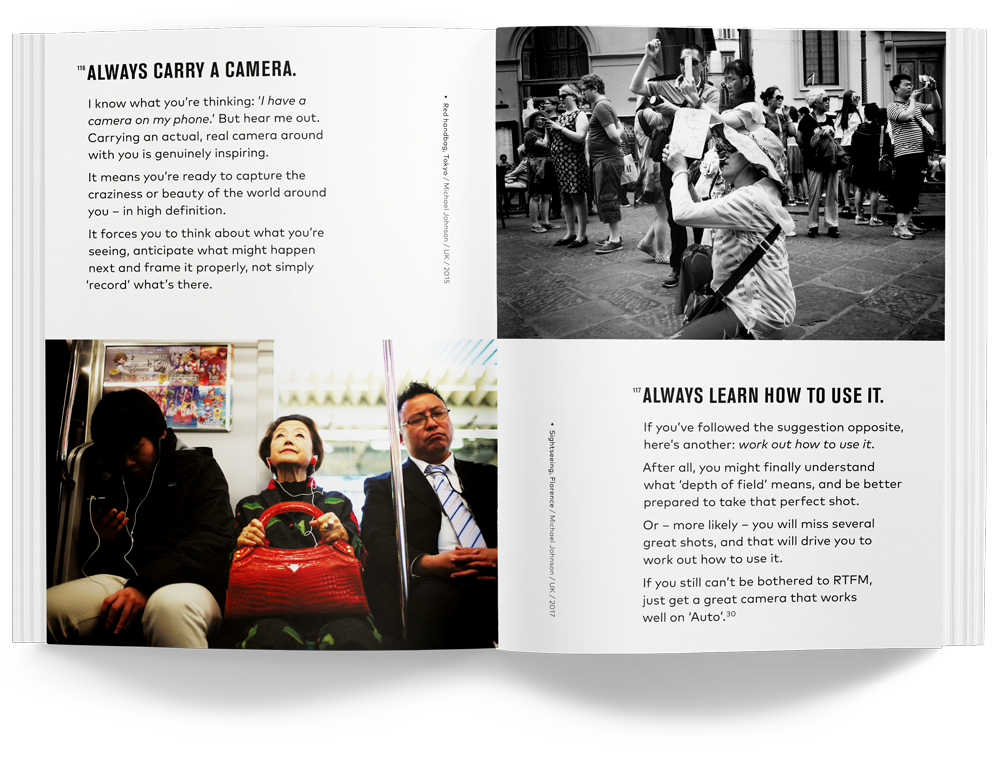 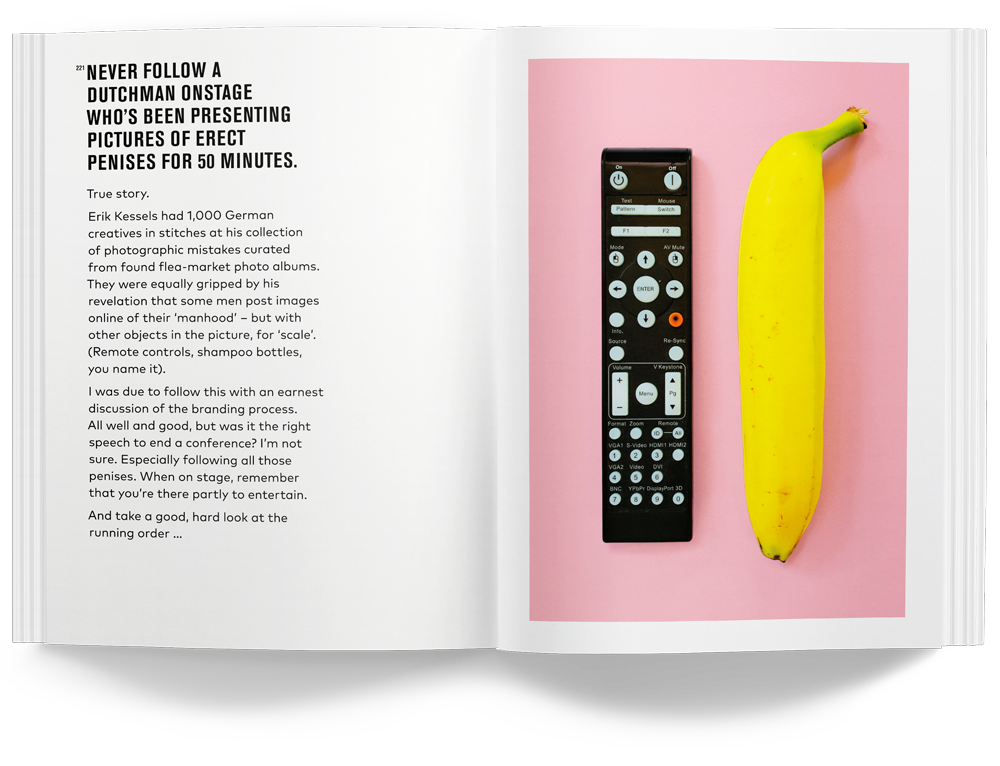 He set up the company in 1992 after learning his trade in branding, design and art direction across the globe in Tokyo, Sydney, Melbourne and London. Over two decades later Johnson Banks have rebranded Mozilla entirely in the open, launched a world-beating campaign raising billions for the University of Cambridge, and transformed the thought leaders of impact investment, Acumen.

Johnson has dozens of posters in the V&A collection, is an Honorary Professor at Glasgow School of Art and has won most of the design world’s most sought-after prizes, including seven ‘yellow’ and one ‘black’ pencil from D&AD. He received its lifetime achievement award in 2017, slightly ahead of schedule – begging the question ‘Now what?’. His previous books are Problem Solved (Phaidon Press 2012) and Branding In Five and Half Steps (Thames & Hudson 2016).